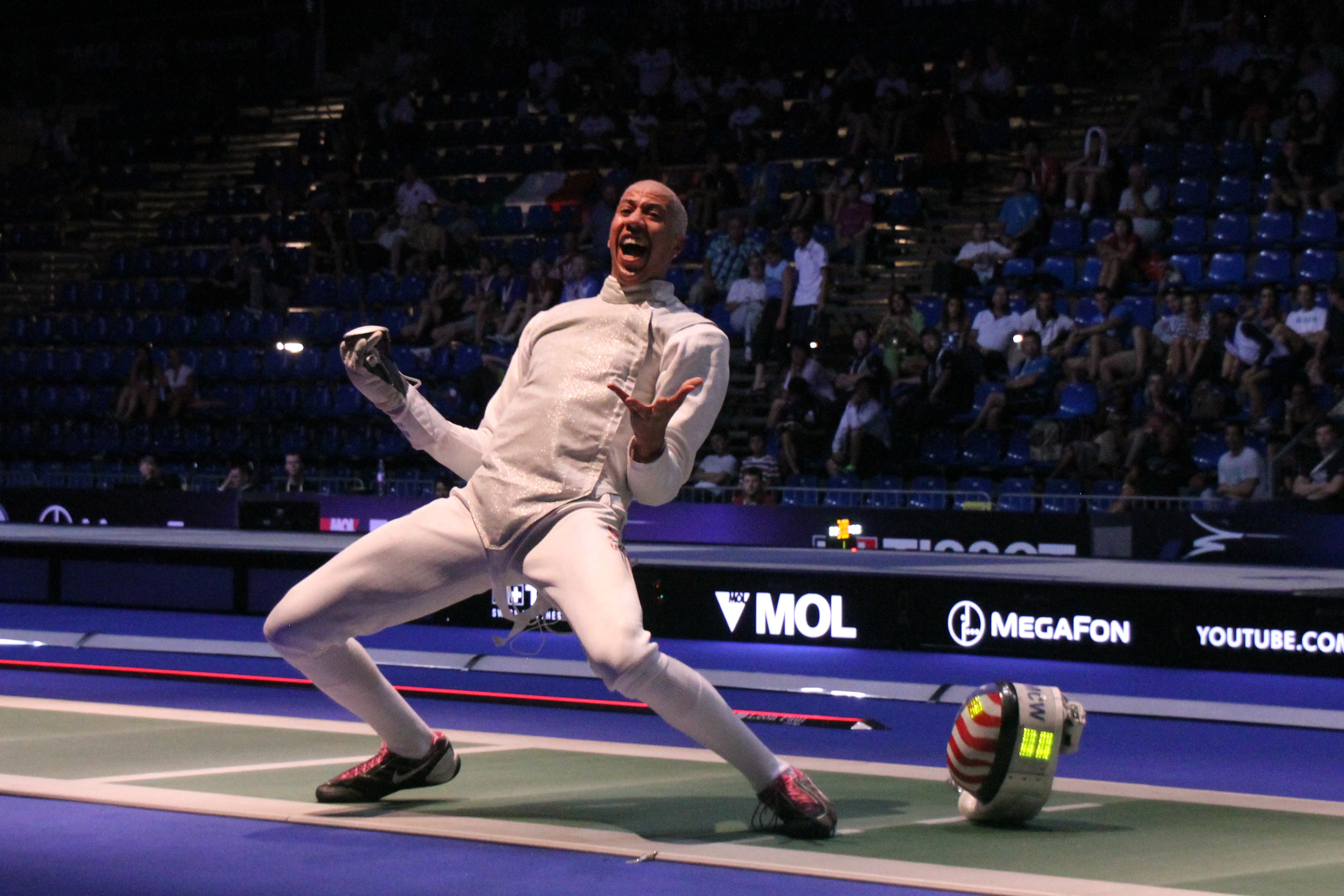 World Champion Miles Chamley-Watson will be back on the international circuit in Paris this weekend. Photo credit: Nicole Jomantas 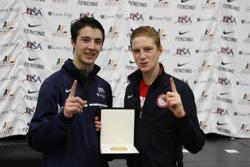 Paris has a special place in the minds of Team USA’s fencers as this tournament was where they won the first ever World Cup title for a U.S. men’s foil team last year.

“It all starts again in Paris. We certainly have our work cut out for us as other teams are preparing much more for us this year. At the same time, I feel that our guys are really looking forward to the challenges that we will be facing this season. The end line for this season will be in Kazan at the Senior World Championships in July and we’re looking forward to another exciting season,” said Coach Greg Massialas (San Francisco, Calif.)

The gold medal at the 2013 Paris World Cup was the first of six international podium finishes that included silver medals at the next three World Cups, a gold at the Pan American Championships and silver at the Senior Worlds.

Team USA’s consistency put the men at the top of the world rankings at the end of the season and the team was recognized as the 2012-2013 Overall World Cup Champions at the FIE Congress in Paris in November.

“Each season is a mini campaign to reach the top as we are focused to peak for the Rio Olympic Games. Last year we wanted to make a statement right at the beginning of the Rio quadrennium, and we did it by capturing the team gold right at the start of the World Cup season. From there, our team showed consistency, by reaching the gold medal match of every world team event that we fenced in,” Coach Massialas said. “This season is going to be a little different as we know that every team will be gunning for us, and as hard as it was to become No. 1 in the world, it's always harder to repeat.”

Now ranked fifth in the world, Chamley-Watson is looking forward to beginning the season with an individual podium finish after two top-eight results on the World Cup circuit in 2013.

“I’ve talked to my coach and we have a good game plan for Paris. I know I’m coming in as the World Champion, but I’m starting off fresh this season and just hoping to start this year better than last year,” Chamley-Watson said. “I’d like a win to start off the season and am looking forward to competing again.”

Three of Chamley-Watson’s top competitors will be his teammates – Meinhardt, Imboden and Massialas – who are each ranked in the top 10 individually.

Meinhardt, a two-time Olympian and 2010 Senior World medalist who is in his final year of eligibility at Notre Dame, begins the season as the No. 2 men’s foil fencer in the world after winning two Grand Prix silver medals and a World Cup bronze on the 2013 World Cup circuit. Meinhardt is tied in points with 2011 Senior World Champion Andrea Cassara (ITA) and a return to the podium could launch Meinhardt into the No. 1 world ranking at the end of the weekend.

Massialas and Imboden are ranked ninth and 10th, respectively. The reigning Junior World Champion and a Stanford sophomore, Massialas won bronze at the La Coruna World Cup in February and silver at the St. Petersburg Grand Prix in March. Imboden hit his stride at the final event of the World Cup circuit when he won gold in Havana.

“From our perspective, we still feel that we have unfinished business ahead, as last year, our men's foil team was stopped one step short of that top podium spot at both the Junior and Senior World Championships. Individually, Alexander won gold at the Junior Worlds and Miles won Senior Worlds, but there’s always room for improvement and we’re up for the challenge and ready to get the season started,” Coach Massialas said.

Both the U.S. men’s and women’s epee teams will be back on the international circuit for the first time this season as well.

Competition will begin in Qatar with the U.S. men fencing in the Qatar Grand Prix on Thursday and Friday.

Two-time Olympian Soren Thompson (New York City, N.Y.) will return to competition for the first time since the 2013 Senior Worlds. Now ranked 24th in the world, Thompson is looking for a solid result in Qatar as he seeks to return to the top 16.

Thompson’s 2013 Senior World teammate, Alexander Tsinis (Little Neck, N.Y.) also will be fencing in Qatar. The two-time reigning National Champion, Tsinis placed in the top 32 in Qatar last year and has his sights set on qualifying for a second Senior World Team this season.

The women’s tournament in Qatar will include both individual and team World Cup events.

Three members of the 2013 Senior World Team will fence in the team event this weekend – 2012 Olympic team bronze medalists Courtney and Kelley Hurley (San Antonio, Texas) and two-time Junior World team medalist and Princeton junior Katharine Holmes (Washington, D.C.) The trio will be joined by 2013 Cadet World Team member Amanda Sirico (Bowie, Md.) who is fencing in her second season on the Senior World Cup circuit after placing in the top 16 in her debut in Rio de Janeiro last season.

Competition schedule for this weekend is as follows: