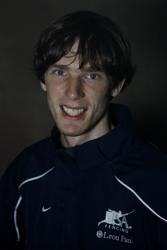 Spear went undefeated in pools on Friday and entered the table of 64 on Saturday as the 19th seed.

Andrew Fischl (Huntington, N.Y.) advanced to his second international table of 64 this  season, but lost to Nicolas Rousset (FRA), 15-13, and finished in 52nd place.

Seeded seventh, Team USA earned a bye into the table of 16 where the Americans defeated Poland, 45-40.

Team USA lost its final match of the day, 45-34, to Hungary and finished in sixth place.