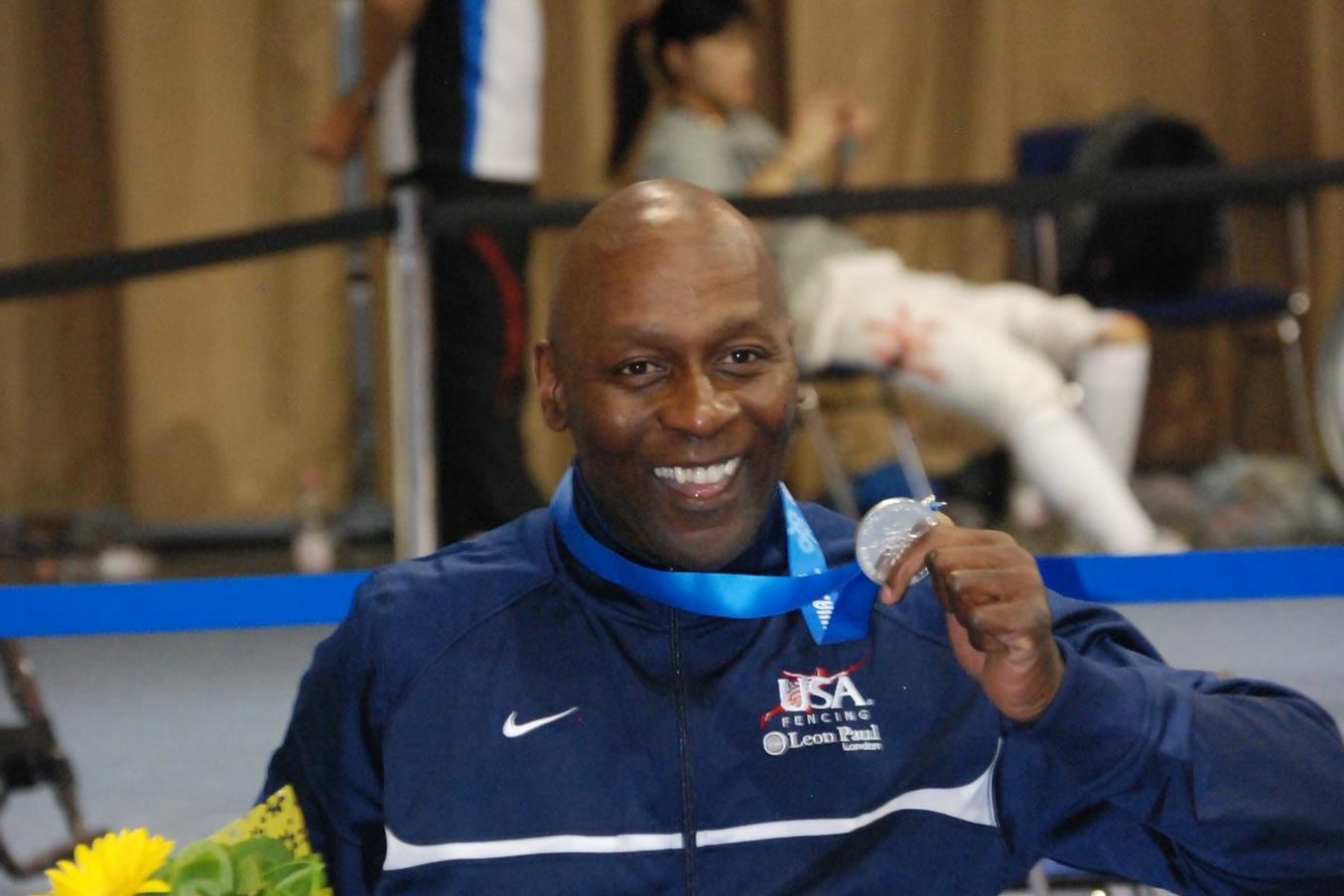 Curtis Lovejoy, a 2006 Wheelchair World Champion, will be representing Team USA as flag bearer for the Toronto Parapan American Games.

(Colorado Springs, Colo.) – Five-time Paralympian Curtis Lovejoy (College Park, Ga.), a two-sport athlete in fencing and swimming, was selected to be the flag bearer for Team USA during the Opening Ceremony on Friday at the Parapan American Games in Toronto.

Although fencing is not contested at the Parapan American Games, Lovejoy will compete in swimming – a sport in which the 58-year-old won a total of Paralympic gold medals at the 1996, 2000 and 2004 Games.

Lovejoy was selected for the honor by representatives from each of Team USA’s sports at the Parapan American Games.

“It’s just an honor. Anyone on this team is deserving, but it feels incredible to be elected by my teammates and other athletes,” Lovejoy said. “I don’t take it lightly. It’s a credit to me that my other athletes acknowledge what I’ve done through the years. I’m just thankful that I’m able to do it and have fun. I’m glad to be hanging around these young kids because they give me so much energy.”

Lovejoy continues to compete at an elite level as a fencer as well, winning bronze in Category C foil at the Warsaw World Cup last month and silver in Category C epee at the 2013 Wheelchair World Championships.

The Opening Ceremony will be held at the CIBC Pan Am / Parapan Am Athletics stadium where Lovejoy will lead a team of U.S. athletes who will compete against 1,600 athletes from 28 nations in 15 Paralympic sports from Aug. 7-15.