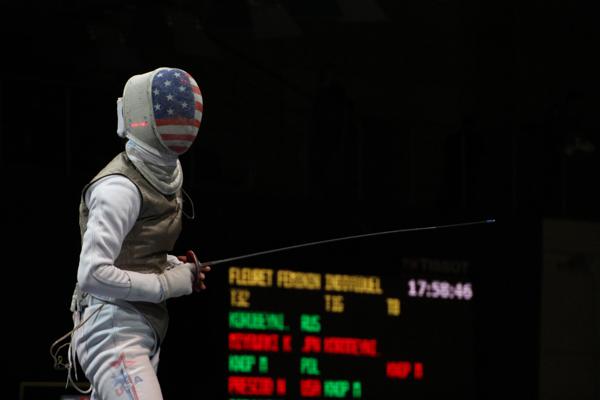 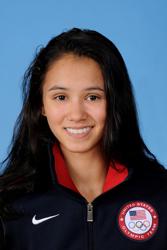 (Colorado Springs, Colo.) – London Olympian Lee Kiefer (Lexington, Ky.) placed 10th at the Gdansk Foil World Cup in Poland on Saturday, earning the top finish at the event for an American and retaining her No. 4 world ranking.

Exempt from pools, the 2011 Senior World medalist controlled her table of 64 bout against Pauline Ranvier (FRA), building a 7-1 lead early in the bout and finishing with a 15-6 victory.

Kiefer was dominant in the opening of her second bout as well, jumping out to a 7-0 lead in the first 30 seconds of her bout against Seungmin Lim (KOR) and holding on for a 15-9 win.

In the table of 16, however, the tables were turned as 2014 Senior World silver medalist Martina Batini (ITA) opened with seven straight touches, setting the tone for a fast-paced bout which she won, 15-6, in the first period.

A 2015 Senior World medalist, Prescod drew Mona Shaito, a former U.S. team member who now fences for Lebanon, in the table of 64. Although Shaito led the bout at 4-2 in the first period, Prescod went on an 11-touch run en route to winning the bout, 15-6.

In the table of 32, Prescod and six-time Senior World medalist Aida Mohamed (HUN) were tied at five after the first period when Prescod pulled away with a 10-7 lead. Mohamed tied the bout at 12 by the end of the second period and picked up three straight touches to open the third and take the bout, 15-12.

Ross dominated 2012 Junior World medalist Beatrice Monaco (ITA) in the first period, taking a 6-0 lead and holding for 8-1 at the break. Monaco adjusted during the second period, but couldn’t hold off Ross who won the bout, 15-8.

After a 6-0 result in pools on Friday, Lu fenced a calculated three-period bout in the 64 against 2015 Junior World Cup Champion Malina Calugareanu (ROU) for a 15-6 win to earn her best result of the international season since placing 12th in Cancun in October.

Lu drew six-time Olympic Champion Valentina Vezzali (ITA) in the table of 32 and held the legendary fencer to a tie at eight in the third period before Vezzali broke away for a 15-11 win.

On Sunday, Kiefer, Prescod, Massialas and Ross defeated Pan Am rival Brazil, 45-23, in the table of 16 and needed a win against Germany to advance to the medal rounds. With the score tied at 23 after the first seven bouts, Kiefer outscored 2013 Senior World medalist Carolin Golubytskyi, 2-0, to push the Americans into a lead. By the final minute of the anchor bout, however, Anne Sauer caught Ross to tie the match at 27 and force an overtime period. Sauer scored first in the sudden death minute to give Germany the win, 28-27.

After a 40-27 win against Canada in the 5th – 8th place table, Team USA fenced France, the 2015 Senior World bronze medalists, for fifth place. Although the Americans trailed after the first five bouts, Kiefer put up 13 touches against Jeromine Mpah-Njanga in a crucial sixth bout to give Team USA a 30-25 lead. Mpah-Njanga would whittle Team USA’s lead down in the anchor bout, however, as she came within a touch of tying the bout before Prescod scored the winning touch with five seconds on the clock, securing a 45-43 victory for Team USA.

The Americans are now ranked fourth in the world with one final tournament before the World Team Championships are held in April.