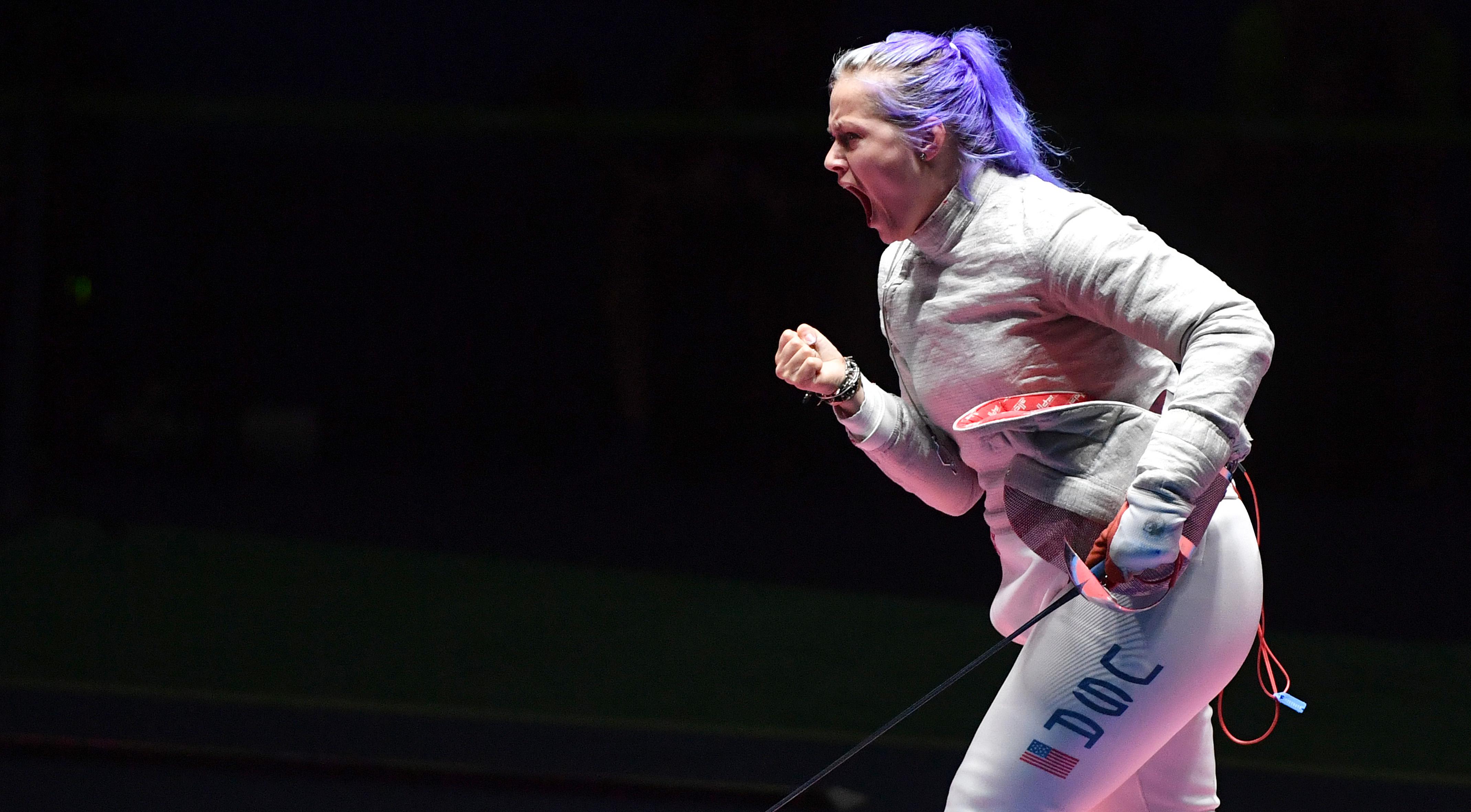 Dagmara Wozniak is one of three medalists from the Rio Olympic Games scheduled to compete in Charlotte.

(Colorado Springs, Colo.) – Nearly 1,800 athletes will compete in 26 events at the January North American Cup in Charlotte, N.C. this weekend with Olympians and Paralympians among those fencing for a chance at gold.

The fourth tournament on the circuit during the 2018-19 season, the January NAC will include events for Division I, junior, wheelchair and senior team fencers.

Competition begins on Friday at the Charlotte Convention Center and will continue through Monday with events beginning at 8 a.m. and concluding at approximately 7 p.m. daily.

Tickets are on sale for $5 per day with complimentary admission for USA Fencing members with a supporting membership or higher.

For Division I fencers, the tournament as the penultimate domestic qualifier for the 2019 Senior World Championships which will be held in Budapest in July.

Competitors in Charlotte who will be vying for positions on the 2019 team include the following Olympic and Senior World medalists:

The wheelchair events will include a lineup of top contenders for the 2020 Paralympic Games with 2016 Paralympian Lauryn DeLuca (Parma, Ohio) fencing in her first event since sweeping the foil and epee titles at the 2018 Wheelchair Nationals.